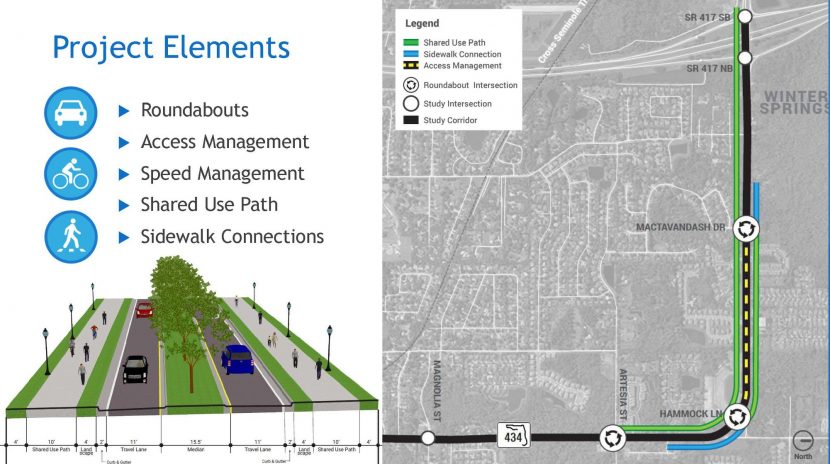 The plans to Fix 434 were recently upgraded in priority by MetroPlan, a regional organization which helps determine how transportation dollars are spent in Seminole and other Central Florida counties. The organization upgraded a plan to improve traffic flow along SR-434 between 417 and Oviedo to its number two priority. The Winter Springs Community Association has lobbied Seminole County to prioritize these necessary improvements.

According to the Mayor of Oviedo, “434 improvements from 417 to Franklin Street in Oviedo have moved up to the #2 priority, but the expected construction completion date got bumped back to 2025 (previously it was 2023).”

Back in 2019, The Winter Springs Community Association launched the Fix 434: Traffic & Safety Initiative to educate residents of some ongoing efforts being made by Seminole County to improve SR 434 between Winter Springs and Oviedo, by working with city and county officials to raise support for this needed project.

They Oviedo Mayor also stated, “The engineering on the 3 roundabouts is in the works, so we’re moving in the right direction!”

Surveys show that support remains very strong among Winter Springs residents for the idea of improving traffic flow along the SR-434 corridor by adding modern design roundabouts and enhanced pedestrian trails and crossings.

Our Association had previously successfully advocated the City of Winter Springs to pass a resolution supporting these improvements.