Skip to content (Press Enter)
Home/News & Updates/News/We did it! Effort to remove Mayor dead on arrival with Cannon seat vacated 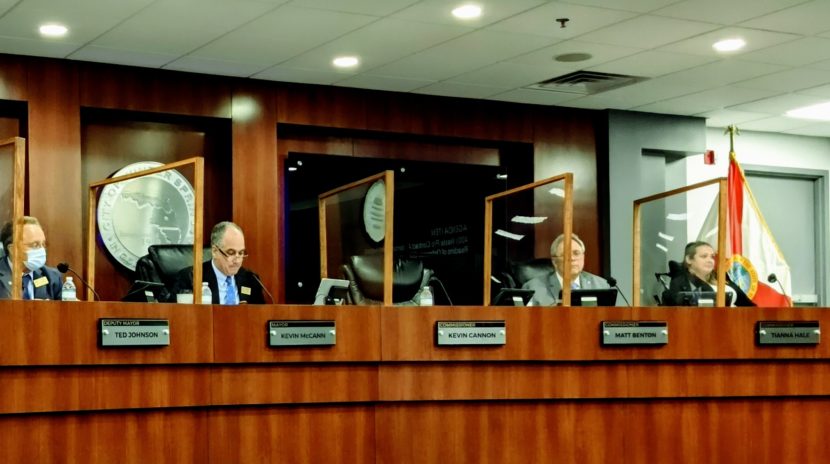 Thanks to the relentless pressure applied by members of our Association, and the overwhelming community response to our survey, the effort to eliminate our right to vote for our Mayor appeared dead on arrival at the Commission meeting last night when a short-handed commission took up item 503, “Discussion on Proposing a City Charter Amendment to Eliminate the Mayor’s Position”.

While Commissioner Ted Johnson argued in favor, Commissioners Benton, Elliot and Hale all stated they were against the idea, and instead scheduled a workshop to discuss charter changes more generally. We have more information on the workshop below.

EMPTY CHAIR: Commissioner Kevin Cannon was missing in actionwhen the discussion on the proposal took place, having earlier vacated his seat and stormed out of the meeting in protest. He took exception to a video we posted highlighting the DEP investigation into our wastewater system, as well as his previous statements on the issue.

You can watch the video here, and view a timeline of events containing all of the official state documents related to the fish kill and ongoing issues with our wastewater system. All of the information is available on our Water Quality Initiative Page. You can also follow our initiative on Facebook.

CHARTER AMENDMENT WORKSHOP: Having defeated the effort to schedule a referendum to eliminate the position of Mayor last night, we are happy to announce the city scheduled a workshop for June 10th, to discuss potential changes to the city charter more generally. Based on the extensive feedback we have received, we believe there are a number of things we can do to strengthen the position of Mayor. We will share the exact time and location of the workshop when announced by the city.

In the mean time, keep up the great work! Your advocacy is having an impact.