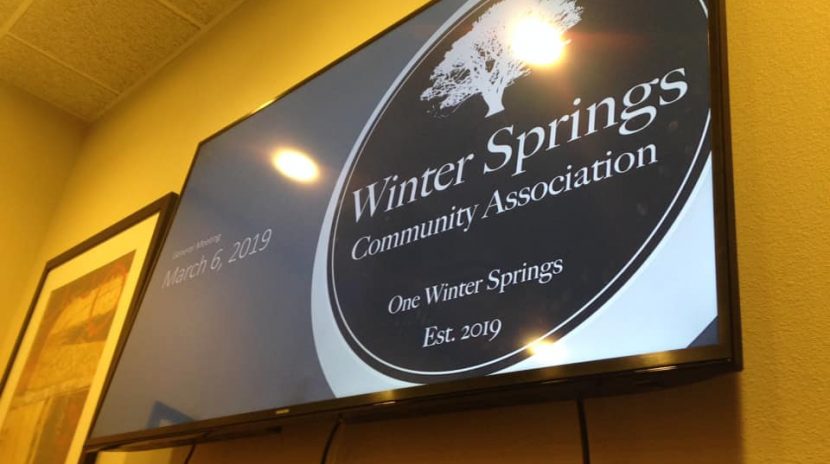 Ken has served our Winter Springs community in many various leadership positions including as a City Commissioner, 3 time Chairman of the Tuscawilla Lighting and Beautification District and 2 time Vice Chairman of the Parks and Recreation Committee.

Professionally, Ken has a long and distinguished career as senior leadership of several significant businesses including as CEO of US Hospitality Group, VP of several financial institutions and a long entrepreneurial background. Ken holds a Florida Real Estate Broker License for over 30 years and earned a Certified Business Intermediary (CBI) designation.

Jesse Phillips is an IT Consultant, business owner, entrepreneur and community advocate who lives in Winter Springs with his wife Rebekah and four home schooled children. He was appointed to serve on the Tuscawilla Lighting and Beautification Board (TLBD).

He was elected a countywide State Committeeman, having worked tirelessly for the last decade to educate voters, defend free speech, promote values of faith and family, combat human trafficking, oppose judicial activism and serve as an ordained elder of his Orlando area church.

He is a UCF graduate and a seventeen-year Seminole County resident.

Jean currently is employed as the Executive Director for Florida PTA. She is responsible for the day-to-day operations of Florida PTA, including supervising 4 employees; overseeing the annual Leadership/Convention (with 1200 in attendance); for all communications (e-newsletter, website, data base, social media, etc.) sent from the State Office to the board of directors, local units and 300,000+ members, and non-PTA entities. Jean served as President of Florida PTA (2010-2012), after being elected in 2008 as President Elect.

Jean served as President of the Seminole County PTA, and in various volunteer positions at the state, county and local level, in PTA and in Seminole County Public Schools. She also served two years on a National PTA committee.

Jean was elected in November, 2008, as City Commissioner in Winter Springs and was “re-elected” to two additional four-year terms, unopposed. Prior to employment at Florida PTA, Jean served as a legal assistant/office manager at a law firm in Seminole County.

Dr. Maurice Kaprow has been a resident of Seminole County since 1981 and of Winter Springs since 2008.  Retired from the US Navy as a Commander, Dr Kaprow is employed by VITAS Healthcare and is a volunteer faculty member of the University of Central Florida, College of Medicine.   He was employed in public education for many years before entering the Navy.

He has been active in Winter Springs for many years and currently serves on the city’s Code Enforcement Board.  He has also served on the City’s Redistricting Commission.  Dr. Kaprow is a Volunteer Hearing Officer for the Seminole County Prosecution Alternatives for Youth, an activity of the Seminole County Sheriff’s office.  He is on the Board of Pathways to Care, an agency of Catholic Charities of Central Florida located in Casselberry.

Dr. Kaprow received his undergraduate education at Yeshiva University, his Master’s degree from Columbia University, and his doctorate in Educational Leadership from the University of Central Florida.  He is a widower and has two grown sons who both live in the area with their wives and his five grandchildren.

Len Kornblau is a Director of the WSCA. Along with his lovely wife Andrea, Len moved to our community in 2014 from the Philadelphia area. Following a successful career in Marketing and Advertising, he became a Visiting Professor and Adjunct Professor of Business at Rider University and Temple University and is now a very in demand adjunct at Valencia College.

When not at the beach, movies, theater or ball park, Len enjoys painting and spending time with his loving family. Len is not affiliated with any political party.